Things have been a little quiet on the blog recently as we have been busy working away on the AddressingHistory tool.

If you signed up for our Preview then you should have already received an email inviting you to test out AddressingHistory (please get in touch if you asked to join the preview but have not yet heard from us) and you can send us your feedback here. Feedback from our previewers so far has been very positive and we are excited about the full launch – details of which will be coming soon (you can also sign up to be alerted to the launch, or join our mailing list)

In preparation for our launch we would be really interested in hearing how you hope to use AddressingHistory to find out more about your area, your ancestors or historical residents or businesses that might have special meaning for you. Please let us know about your interest in the project and the history of Scotland in the comments below or drop us an email with your story as we’d love to do some special blog postings on these stories and the information available in AddressingHistory. Look out for a great guest blog post from Chris Fleet, of the National Library of Scotland, on the history of Causewayside that we hope will inspire you to share your stories!

Finally, for our Australian readers, there will be an opportunity to grab a flyer for yourself or your local history or genealogy group over the next few weeks as Chris Paton, a Scottish history and genealogy expert who runs the Scottish GENES blog, is taking some of our flyers on his Scottish Research Roadshow in October which includes appearances at the History and Genealogy Expo Sydney 2010.

Remember if you would like further information on the project or would like us to send some posters and flyers to you, your local history group or genealogy community then please get in touch. 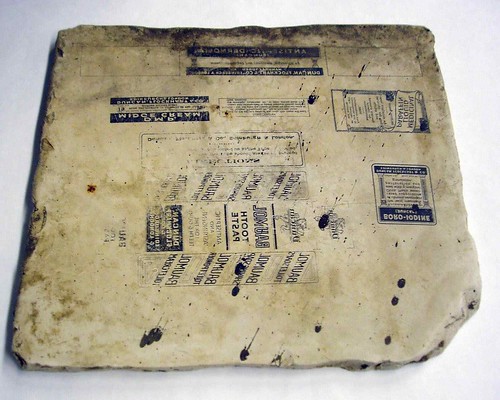 A Place in History, a two-day conference which forms part of a year long event celebration of the 800th anniversary of Perth (see the Perth 800 website for more information), begins tomorrow at Perth Concert Hall. The event will include presentations on the history and development of the city through the ages and AddressingHistory will be represented at an EDINA stand. Addy Pope will be showcasing various EDINA projects and services including Walking Through Time and AddressingHistory.

Members of the AddressingHistory team attended the very enjoyable Repository Fringe 2010 event in Edinburgh last Thursday and Friday with Nicola giving a short “Pecha Kucha” presentation on AddressingHistory to the 90 or so attendees.

The Repository Fringe, which has been running for three years and always takes place around the time of the Edinburgh Festivals, is an informal conference for people who work with all types of repository. We thought that this event would be a fantastic opportunity to share the AddressingHistory project as many of the repositories represented at the event contain academic papers, historical items and research data that discuss or relate to the same time periods and geographic areas as AddressingHistory.

In our Pecha Kucha (a novel super-short presentation of 20 slides shown for 20 second each) we particularly wanted to highlight the fact that AddressingHistory will provide an API (Application Programming Interface) as many of the attendees – including the excellent opening keynote speaker Tony Hirst – already create inventive “mash-ups” of online information and we think there is lots of potential for AddressingHistory to connect into these types of ideas and tools.

We were delighted with the reaction we had to the project and were thrilled to hear lots of very interested and supportive comments and to see lots of enthusiastic Tweets!

You can find out more about the event at the Repository Fringe website (where there is also a live blog) and you can view the AddressingHistory Pecha Kucha by looking in the “O” section of the Videos page there.